A glimpse into the history of visual Art in Revelstoke... 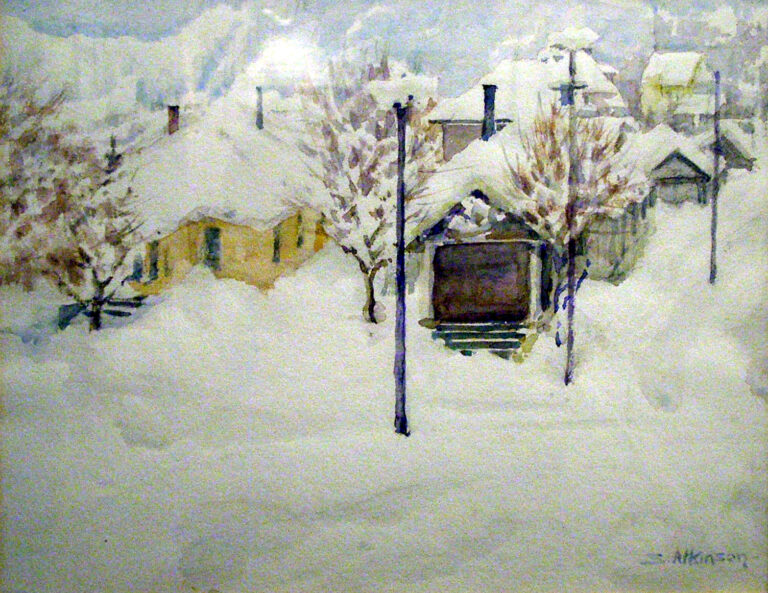 ‘Winter Day in Revelstoke’ by Sophia Atkinson | From the Collection of: City of Revelstoke Centennial Collection

Thank you from our friends at the Revelstoke Museum & Archives for helping us put together a quick overview of our history! Want more history of Revelstoke? Head on over to the Museum to view their ever changing exhibitions.

To figure out who we are today we must turn the pages back a few years and take a peak into Revelstoke before 1950. The Revelstoke Visual Arts Centre can be traced back to a visit from a European artist named Sophia Atkinson… 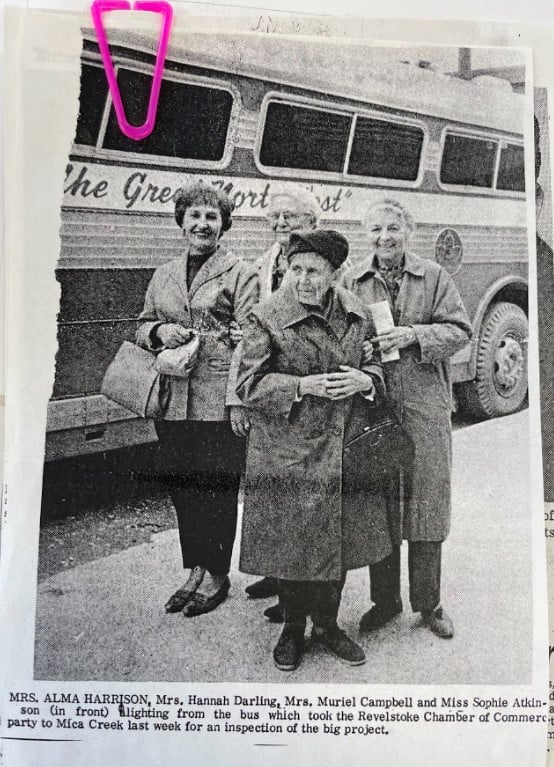 Miss Sophia Atkinson, an English watercolourist, came from Stoke-on Trent. She was brought to Canada in 1948 or 49 to do some painting for them. After this assignment she was enthralled with the beauty of this valley and painting on Mt. Revelstoke, she used to say, if she had a couple of lifetimes she would never get through painting around here. Bob Mann was then the park warden, and watching the little old lady paint the mountains, lakes, trees and flowers, a visions or desire arose in him, why couldn’t we keep this artists here as a teachers for art hungry men, women and children of Revelstoke.

The idea worked out beautifully, and a home was quickly found for Miss Atkinson at the house of Mrs. Quinlan’s on Douglas Street. A beautiful friendship, which lasted for many, many years developed between these two ladies, who were about as unlike each other as humanly as possible. One was a rather big person and the other very small, Mrs. Quinlan was fond of cooking and eating and Miss Atkinson lived as much as possible on raw foods and meat had not passed her lips since she was 18 or 19 years.

A group of ladies were organized into night classes.

Excerpt # 2 | By Audrey St. D Johnson, Circa Date Unknown – from the Archives of the Revelstoke Museum.

“We started from zero,” (Sophie Atkinson) says, her eyes sparkling with pleasure: “There were 17 enrolled in the first class. All middle-aged people because the younger women were too busy with babies and couldn’t find sitters. Of the 17, two had once had lessons, the others were absolute beginners.”

She tells how the one evening a week became two and how after her return from a painting trip to the Okanagan, she found her pupils had formed the Revelstoke Art Group which now stages an annual exhibition to which it invites contributions from other towns in the province.

“We never charge for admission because we think everyone should have a chance to see the paintings.” Miss Atkinson explains, adding that the tea is charged for and pays expenses of the exhibition. “Everyone brings their best china and silver and we even manage flowers in the dead of winter,” she tells you.

The Revelstoke Art Group, the predecessor to the Revelstoke Visual Arts Society, has existed for almost 50 years.

The Revelstoke Art Group was formed in 1949 by founding member Sophia Atkinson and a group of fellow painters. These art enthusiasts met informally to paint in homes or out in the beautiful Revelstoke outdoors.

In the early 1970’s members of the Revelstoke Art Group renovated the upper floor of the old Revelstoke Post Office (now home to the Revelstoke Museum & Archives) and this space became their ‘home’ for several years. In this space the Art Group held arts shows & teas, a Summer art gallery, art classes for adults and children and much more. Supported by the Revelstoke City Council the Art group leased this space for approximately 10 years until that space was required by the expansion of Museum activities in the mid 1990’s.

The Revelstoke Art Group was once again without a home and they continued to search for a permanent place that could provide exhibition, classroom, workshop and private studio space. Numerous meetings and planning sessions were successful when, in August 2002, the Art Group concluded a 3 year lease (and 2 year extension) with the City of Revelstoke for the old RCMP building.

The Official Opening of the Revelstoke Visual Arts Centre in May 2003 was preceded by the thousands of hours of volunteer work and the community support through donations of money and materials needed to transform an RCMP facility into one suitable for holding exhibitions and classes and providing studios.

The years 2004 – 2006 saw major building developments in addition to educational art workshops and the exciting exhibition program. The Community Wood Workshop with support from a Columbia Basin Trust Community Initiatives grant was completed and is to this day used by individual woodworkers and for classes. Local potters formed the Pottery Guild based within the centre complete with two kilns. In 2006 renovations continued within the building providing a large general use studio, a sculpture studio, and an extension to the pottery studio as well as refurbishing and improving the other well-used class and exhibition spaces.

Today the Revelstoke Visual Arts Centre hosts Revelstoke’s only Public Art Gallery featuring local, provincial and nation wide artists in our monthly exhibitions. This gallery has four different exhibition spaces with an overflow for group school projects in our Jailhouse Studios. The Centre also provides educational art programming for kids, teens, adults and families. Today the Centre is run by a small team of employees, an incredible team of volunteers from the community and is overseen by our dedicated board of directors.

We’d like to include a special thank you to some incredible past employees; former executive director Jackie Pendergast for her continued dedication to arts in Revelstoke and for her contributions to the Revelstoke Visual Arts Centre. As well to Sandra Flood, past chair of the Board of Directors and integral to the development of the centre, in particular to the Pottery Guild. And we will forever be grateful for the countless volunteer hours that our very own Ken Talbot has put into upkeeping this building, the grounds and the woodshop. 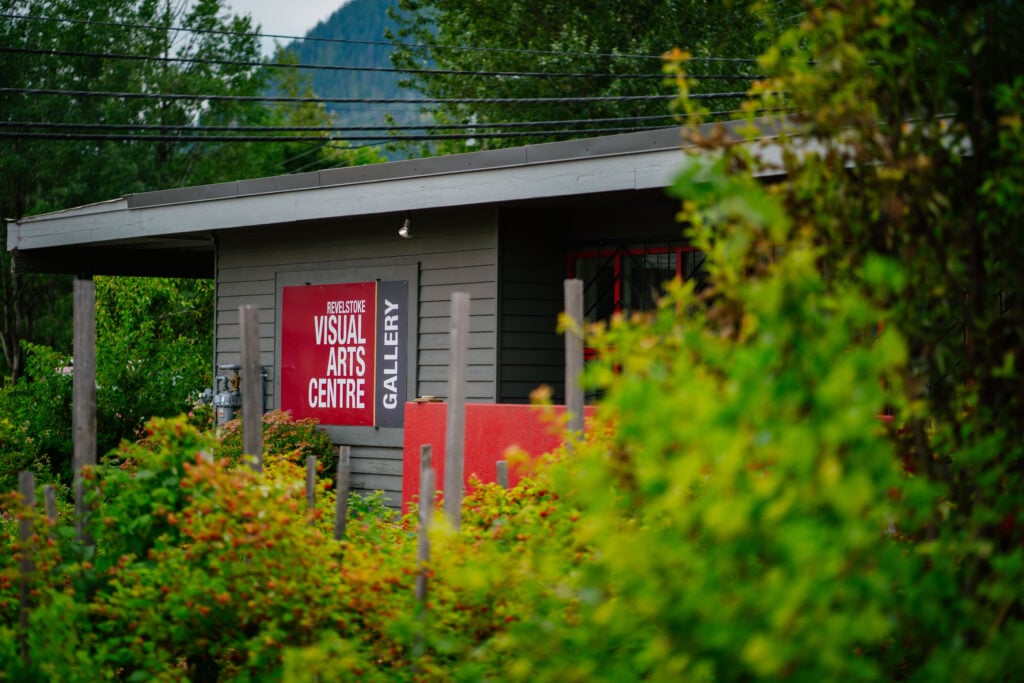 The building used to be the old RCMP building and this history is not lost as you wander through the building. There are still several of the old jailcells throughout the building that once housed inmates and now house a variety of art supplies. Look closely and you’ll find the names of past ‘residents’ etched into the jail cell walls.

“We are not merely isolated gnats dancing in the sun; (though dancing in the sun is a pleasant and healthy pastime) we are part of a small community that, with all mankind, is striving to find new foundations and patterns of growth in a world shattered and destroyed as never before and in which closer linking of our common interests and aspirations is most urgently needed and spiritual values cultivated and protected by all men of good will.

Therefore, do not be too completely absorbed in the urgent and numerous daily tasks which are part of the mechanism of daily life. Seize and use your Sabbath hours whenever possible for the cultivation of mind and spirit, and produce for our world something of beauty and interest for the enrichment of you own and other lives”

This was an excerpt from an art lecture Sophie Atkinson gave in the 1950’s here in Revelstoke. 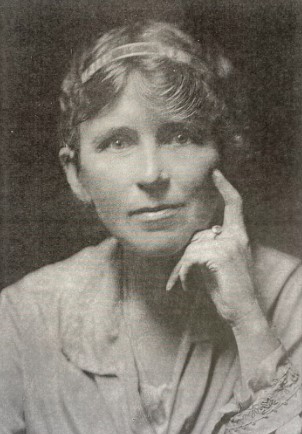 Subscribe to our newsletter for all our latest updates including artist opportunities, upcoming workshops, gallery exhibition details and more!

We acknowledge our use and inhabitation of this land, sacred to these four nations:

The Sinixt, the Syilx, the Secwepemc, and the Ktunaxa.